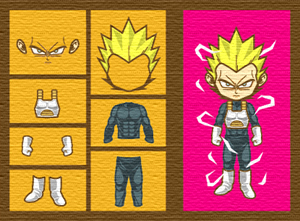 Avatars appoint game characters, wouldn’t it be more correct in the following situation to use this term for interpreters? It could be rude still to call them humans…

The word “avatar” is frequently used in the computer gaming world to describe a graphical character, who is actually living inside the boundaries of the game. In older times, these were also called sprites.

In analogy to the living character in a game, I prefer to call interpreters inside a software program avatars as well. A, they are controlled by the user of the software (interaction) and B, they do speak sign language as their mother tongue inside the software. They don’t talk, they just know a Sign Language.

That’s why I suggest to use the word avatars, in analogy with the gaming naming conventions.