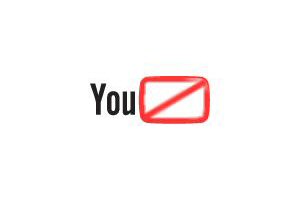 Along the Times Online (thanks Christian), the European Commision is making a broadcasting proposal that would require video blogs (vlogs) to turn down.

It’s positive EU governments seem to be aware of the problems existing, and are trying to avoid extension of the broadcasting regulations towards the amateur video.

Mr. Woodward, the broadcasting minister said: “It’s common sense. If it looks like a TV programme and sounds like one then it probably is.”

I think one day YouTube and consorts will have grown so much towards TV Programmes that everyone can create one.

It gonna be a very tin line…

Broadcasting regulations were a good thing during the pre-internet era, when broadcasting meant reaching millions of people with a single program.

But internet is diversity and freedom of choice. Nowadays 1 person has access to millions of information resources instead of vice versa.

Broadcasting on the internet means reaching a small niche, such as the Deaf Vlogosphere does, or reaching a real big audience, as some hyped movies succeed in doing. When companies like YouTube are growing like they do now, the day that they will have their own shows and formats is not far.

It is going to be a huge political question to be solved. But as they proposed themselves, it should not hurt the new internet models, even if it were just for the huge amount of money.

Countries are non-existing on the internet. If the EU forbids Vlogs, Deaf people might just upload their Blogs on servers in India or on server-platforms somewhere on the pacific ocean.